When in Dublin I transferred some photos to CDROM. Here are a few selects of those, in a random order! 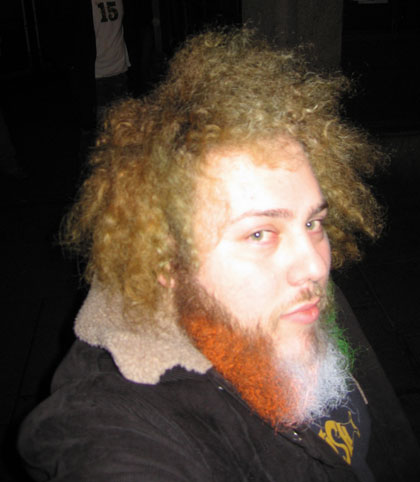 Dublin - On St. Patrick's Day, the bartenders painted my beard like a mirrored Irish flag. 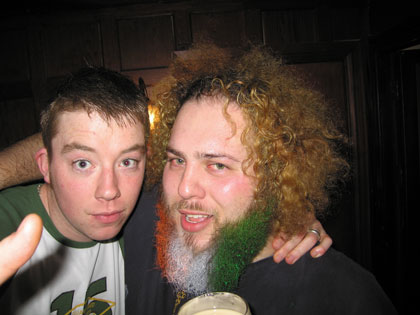 Dublin - I made a mate out of Keith, a local 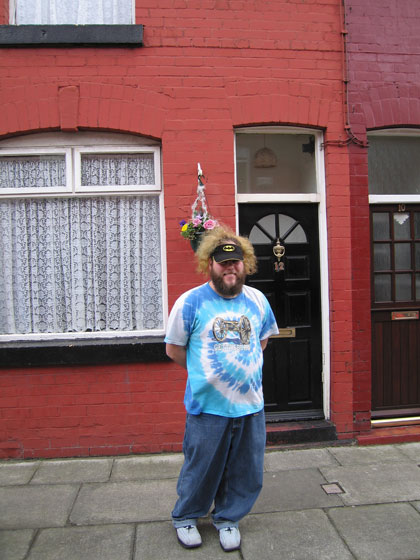 Liverpool - Me in front of the George Harrison home and birthplace. 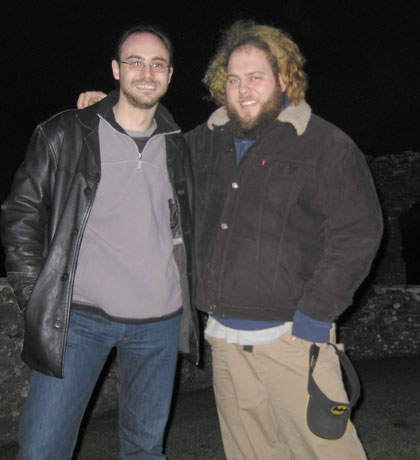 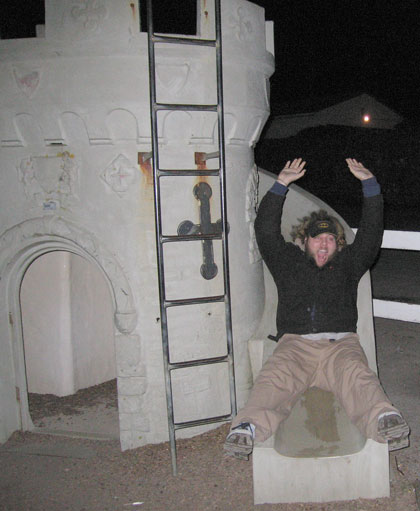 Cardiff - Castles can be fun! 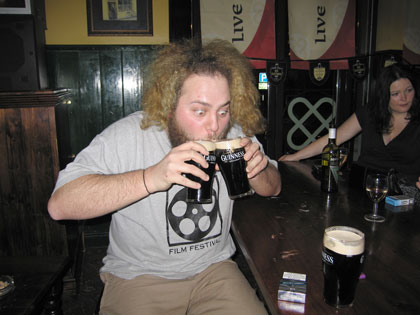 Cardiff - Me and my two best friends. 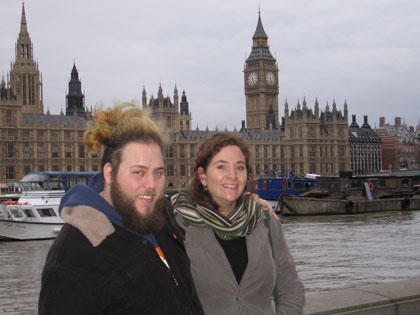 London - Joanna (Greg's girl) and myself. 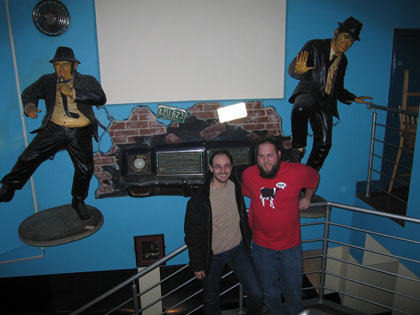 London - Gregory Andrikopolous and I in a Blues Brother themed bar.

[See more of the Fool]